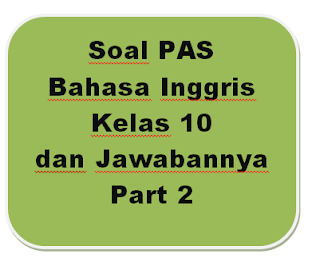 Change the verbs into past tense form!

This conversation is for questions no. 24-26

Dita : “thank you for saying so. You look beautiful with that dress, Putri.”

Dita : “She Look so cute with her new haircut.”

b. You look charming in that red dress.

c. The dress doesn’t suit you.

d. You don’t look cute with the red dress

e. Whose dress is it?

b. She is so ordinary.

c. Is it really her?

Rome is the capital city of Italy. I f you visit Rome, you will have plenty of chances to see all sorts of great sights. Rome can be traced through its mythology when it was founded on. It was said that twins of Romulus and Remus have founded the city in 753 BC, on the date of April 21st. This corresponds were fairly close to archeological evidence, which shows farming communities in the area. As the Catholic Church grew, Rome became more and more important in both religion and politics. Rome was one of the central leading cities in the Renaissance. It is seen when visitors walk through the streets and see the various buildings. They style was profoundly affected by the work of the artists of the time. Visitors can see evidence of all sorts of artistic influences, such as the Baroque palaces, the huge squares and obelisks, and other structure throughout the city. Rome is well –known for its architecture. The Colosseum is a sample of famous Roman structures. It was once a grand, ground-breaking amphitheatre, and was at the forefront of architectural advancements in 70 AD. Since then it has fallen apart slightly, but it is still an astounding and imposing structure. Modern Rome is a very busy place to visit. It is considered as a cultural center of the region, and offers all the arts in various forms. It his a thriving music scene, with several major concert halls. Rome puts out a lof of movies every year, more than any other region of Italy. It is home to Cinecitta studios, the biggest facility in Europe.

28. What is the name of the building that represent Roman structures in Rome?

29. Whwn was the city founded?

30. What is the suitable title for the text above?

e. The Mythology of Italy